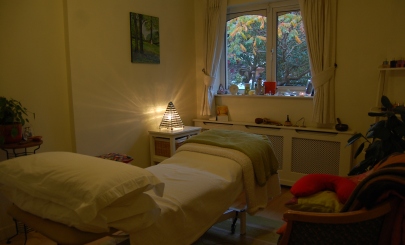 Amatsu originated in Japan, it is a physical therapy that allows the body to re pattern and re align, and come back into balance and harmony. There is no force or manipulation. It works on the principle that the body’s greatest desire is to be in balance and by gentle guidance and re assurance its inner intelligence can achieve this.

By allowing the physical body to recover, it also allows emotional and mental trauma to be released, so deep memory patterns stored in the body are released in a safe non invasive environment. Details of Amatsu can be found at Amatsu-ireland.com.

warrior in the past. The skills of the Amatsu practitioner are, if anything, more relevant to today’s lifestyle than ever before.

Whether you suffer from strain at work, Tense periods caught in traffic, poor posture, sports injuries, of age related stiffness, you can benefit from the effects of Amatsu.

Strained joints and muscles are given relief through the gentle release and realignment of injured areas. With these repatterning adjustments the body is free to correct itself. Old traumas will have locked in negative emotions. Amatsu helps to bring these buried emotions to the surface in a non-invasive, non-analytical environment so they can be released, diffusing the trauma’s effects on the body. After childbirth, Amatsu can help restore a woman’s sense of will-being, by strengthening muscles and ligaments in the pelvic areas.

In addition the the feeling of well being that Amatsu promotes, it also strengthens the body’s immune system against

viral attack. The mechanical effects of stress on the body cause dysfunction in the body’s own defence mechanisms. Amatsu practitioners are trained in Seitei body alignment adjustments, Anma massage, Shiden Jutsu (to strengthen the ligaments which keep the vital organs in place), and Kenku Jutsu (which balances the cranio-sacral system). Reiki, which also originates in Japan, is a system of healing involving the channelling of energy to the recipient. The practitioner taps into the ‘rei’ or universal energy, in order to bring healing to afflicted areas of the body, at physical, mental, emotional and spiritual levels.

Amatsu for Fertility and Pregnancy (above)
Like Amatsu, Reiki assists the body’s natural ability to heal and balance itself, in the process revitalising the recipient on every level. Simply by using her hands in a gentle and non-invasive fashion, the Reiki practitioner brings about a state of 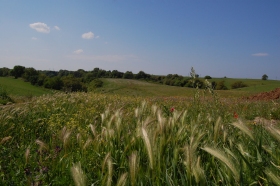 relaxation in the recipient whereby blocked energy can flow again, freeing the body of stagnant toxins.